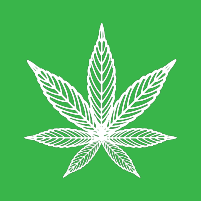 About 5.8 million people in the United States have Alzheimer’s disease, the most common form of dementia. Allison Kendrick, MD, MA, offers alternative treatment for dementia at Compassionate Telemedicine in Austin, Texas. Dr. Kendrick is one of only a few designated physicians in the entire state who can legally prescribe medical cannabis. She sees patients remotely via telemedicine, so you can schedule an appointment from anywhere in Texas. Call the office or book an appointment online today.

Dementia isn’t a single disease, but a collective term that describes multiple symptoms of cognitive decline, including memory loss. In addition to memory, dementia affects the way a person communicates, thinks, and behaves.

Alzheimer’s disease is the most common form of dementia, making up about 60-80% of cases. An estimated 10% of adults aged 65 or older have Alzheimer’s disease. However, dementia isn’t a normal part of aging and may occur in younger people.

Other forms of dementia include vascular dementia, Lewy body dementia, and frontotemporal dementia. Certain conditions, such as a traumatic brain injury or Huntington’s disease, may lead to dementia.

What are the symptoms of dementia?

Dementia symptoms vary with the specific cause. Common signs and symptoms of dementia include:

Symptoms of dementia usually start out mild and worsen over time. A person with advanced dementia may require full-time care.

How does medical marijuana treat dementia?

Scientists are currently researching the effects of cannabis on the brain, but early studies suggest promising results. Medical cannabis may reduce behavioral symptoms in people with dementia, including:

There’s no cure for dementia. Conventional treatments, such as pharmaceuticals, often cause harsh side effects, such as nausea, vomiting, and sleep disturbances. Medical cannabis causes a few minor side effects; the most common of which is sleepiness.

How can I obtain medical marijuana for dementia?

According to the Compassionate Use Program, Texas residents with a diagnosis of dementia qualify for medical marijuana.

Dr. Kendrick uses virtual consults to evaluate a patient’s symptoms and medical history in order to determine if medical cannabis is an appropriate treatment.

She then writes a prescription for low-dose THC, which you take to a dispensary. If you’re caring for a loved one with dementia, you may legally obtain the medicine on their behalf.

For a holistic approach to dementia treatment, call Compassionate Telemedicine, or book an appointment online today.